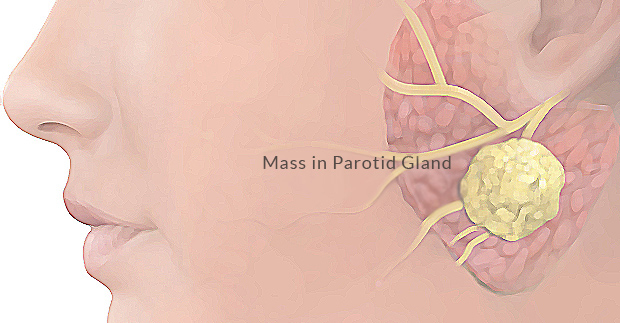 Parotidectomy is the surgical operation to remove a portion of the parotid salivary gland which is located in front of and just below the ear. The most common reason for removal of the gland or part thereof is a mass in the gland. 80% of these masses are benign in nature but are occasionally malignant.

This operation should be considered as an operation involving the facial nerve which controls the movement on one side of the face. The facial nerve is a very delicate structure and injury to the nerve results in a considerable functional and cosmetic problem. With parotid masses, the general concept is to find and protect the facial nerve and removal of the mass is almost incidental.

The need to undergo parotidectomy will be based on your medical history, the results of a physical examination of the head and neck and tissue sampling of the mass and possibly a CT or occasionally an MRI scan. A core biopsy undertaken using ultrasound guidance is the preferred method of diagnosing the nature of the mass prior to surgery. A fine needle aspiration test provides a less accurate estimation of the nature of the mass.

The surgical procedure is performed under general anaesthetic. Surgery is undertaken through an incision which occurs in front of the ear down into your neck. This scar heals extremely well and is mostly not visible except for a small portion of scar which is visible behind the ear.

The amount of parotid gland that will need to be removed is determined by the size of the mass and its location in the parotid gland. As stated, the most important part of the operation is identifying the facial nerve which controls the movement on the same side of your face. During the operation the mass and a surrounding cuff of normal tissue is removed. Very uncommonly, it may be necessary to divide one of the small branches of this nerve if it is involved by the tumour.

A drain is inserted into the neck following the surgical procedure to collect any blood or saliva. The procedure is surprisingly painless and most people leave hospital the next day before the drain is removed.

If you have any questions about the parotidectomy procedure please contact us.